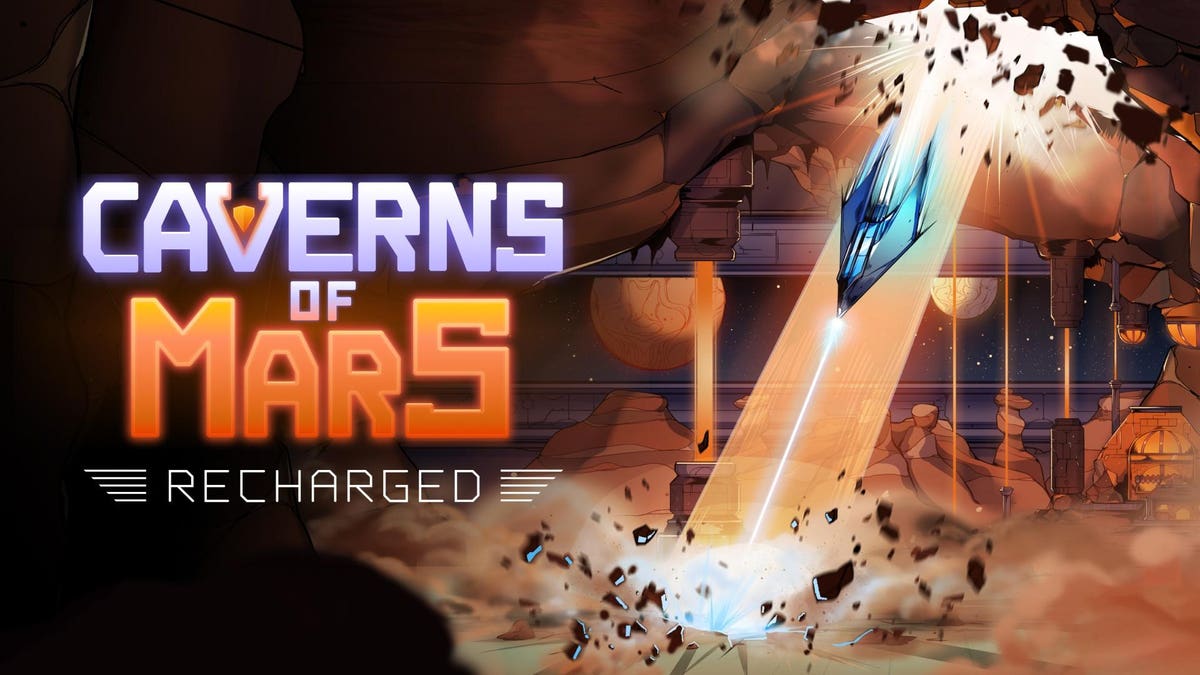 Following the success of modern-day reimaginations of Breakout, Yars’ Revenge, and half a dozen other classic IPs from its renowned collection of arcade hits, Atari has announced the next addition to its impressive Atari Recharged series: Caverns of Mars.

Caverns of Mars: Recharged is based on the vertical scrolling shooter designed and programmed by Greg Christiansen in 1981, and this new take on the 40-year-old game once again sees players drop ever deeper into the subterranean landscape of the red planet, overcoming huge numbers of enemies while carefully conserving ammo and fuel.

Landing on PC, consoles, Nintendo Switch, and Atari VCS later this year, Caverns of Mars: Recharged may well be the fastest-paced entry in developer SneakyBox’s Recharged series, combining quick reactions and careful planning across another multi-mode experience. Going on the success of its predecessors, its budget price of $10, and its trailer, it could well be another safe bet for fans of arcade gaming.

“Caverns of Mars is a great early example of a game designed for Atari’s 8-bit computers, which makes it a perfect addition to the Atari Recharged series,” said Atari CEO Wade Rosen. “It’s an intensely fun arcade-style experience in both single-player and two-player co-op.”

If you can’t wait to try it out but don’t want to wait until later in the year, Caverns of Mars: Recharged, plus two unannounced Atari titles, will be showcased at GDC 2023 in San Francisco in late March.