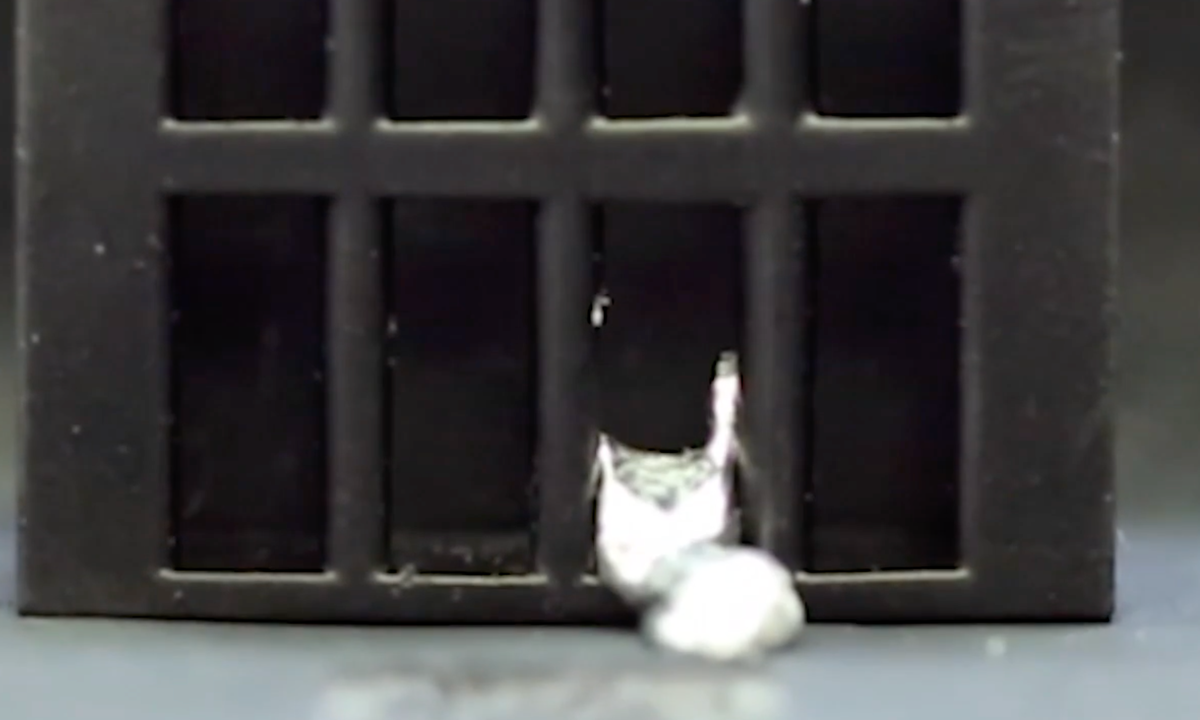 Researchers have created humanoid, miniature robots that can shapeshift and turn into liquid.

The breakthrough could allow for the creation of more robots that can shift between liquid and solid, allowing them to be used in a variety of situations.

Researchers demonstrated the capability by having one of the robots turn liquid so that it could escape from a small prison that had been held in.

In other demonstrations, the robots were able to jump over moats, climb walls, and split in half so that the two pieces could work together to move objects – before coalescing together again.

They are also magnetic and can be used to conduct electricity, which in turn allows them to be controlled.

Scientists now hope to move on from those demonstrations and find ways to actually make use of them.

“Now, we’re pushing this material system in more practical ways to solve some very specific medical and engineering problems,” said Chengfeng Pan, an engineer at The Chinese University of Hong Kong who led the study.

For example, researchers tested using the robots to take a foreign object out of a model stomach, and then put drugs into it. They also showed that it could be used to ooze into circuits and then assemble and repair them, as well as doing the same with hard-to-reach screws.

“Future work should further explore how these robots could be used within a biomedical context,” said Carmel Majidi, from Carnegie Mellon University, who also contributed to the work. “What we’re showing are just one-off demonstrations, proofs of concept, but much more study will be required to delve into how this could actually be used for drug delivery or for removing foreign objects.”

The research is described in a paper, ‘Magnetoactive Liquid-Solid Phase Transitional Matter’, published in Matter.