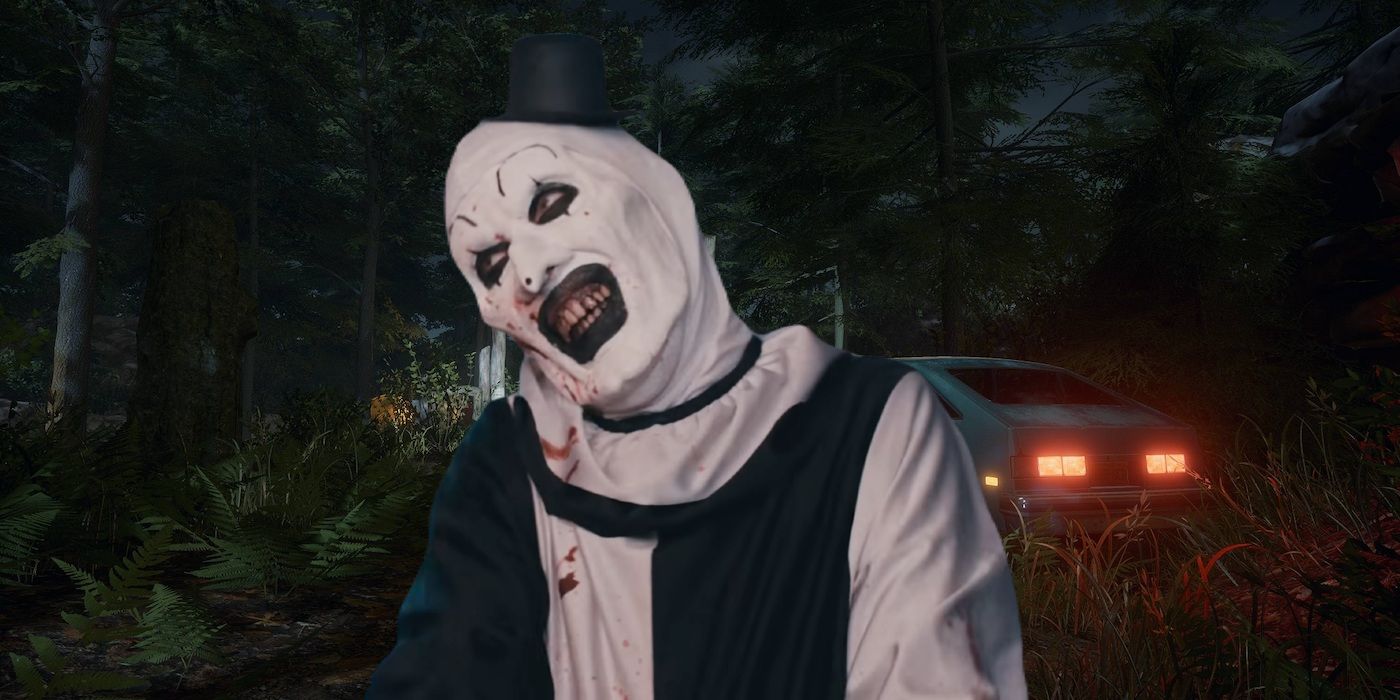 Terrifier 2 director Damien Leone has his sights set on a video game adaptation, which could bring silent scares to the asymmetrical survival genre.

Damien Leone, the director of the recently released slasher film Terrifier 2, has expressed interest in a video game based on the gristly horror flick. The movie follows Art the Clown, a demonic entity who appears on Halloween night to wreak bloody havoc on a town and its residents. Terrifier 2 has proven divisive thanks to its incredibly graphic kills, and the gruesome experience may soon get a terrifying interactive adaptation.

During a recent interview with GamingBible, director Damien Leone expressed enthusiasm for a Terrifier 2 video game in the style of the Friday the 13th game released back in 2017. Leone explains that he has already been contacted by a video game company interested in adapting the horrifying film, and he is apparently very invested in the idea. Leone imagines an asymmetrical horror game in the style of Friday the 13th: The Game, with players either controlling Art the Clown or a terrified survivor trying to escape his clutches. Terrifier 2 only recently premiered, likely making any adaptation years away at the earliest, but the film’s popularity could make a video game project very successful.

While Friday the 13th: The Game was a popular slasher experience, the current trend of asymmetric mutiplayer horror games really kicked off with 2016’s Dead by Daylight. This title puts four players in the role of Survivors, who must fix generators strewn across the map to lift gates and escape the area. Meanwhile, one player assumes the role of a supernatural Killer who hunts, kills and sacrifices the Survivors to a dark entity. While Dead by Daylight launched with a roster of original Killers and Survivors, over time this lineup has been expanded with iconic slasher villains like Freddy Krueger, Michael Myers and Pinhead. The ongoing success of Dead by Daylight has inspired other asymmetric horror games like Friday the 13th: The Game, the upcoming Texas Chain Saw Massacre game and a potential Terrifier 2 adaptation.

A full-blown Terrifier 2 game could put Art the Clown in the spotlight, but a simple Dead by Daylight crossover would also let players embody the supernatural harlequin. Art would be a unique addition to the asymmetric multiplayer game, given his theatricality and absolute quiet during each kill. The murderous mime’s special abilities could make him an engaging Killer to play or face, with his stealthy silence and apparent immortality playing a key role in his kit. A Terrifier 2 DLC for Dead by Daylight could also add the film’s protagonist Sienna Shaw, portrayed by Lauren LaVera, as a new Survivor.

Terrifier 2 has found great success as a modern slasher flick, and director Damien Leone seems very eager to see Art the Clown step into the world of video games. An interactive adaptation of the film could put a new spin on the asymmetric horror genre, letting players either play as Art or escape the murderous mime. A crossover with Dead by Daylight could also bring Art the Clown into the gaming world, but Damien Leone seems intent on a full-blown Terrifier 2 video game.