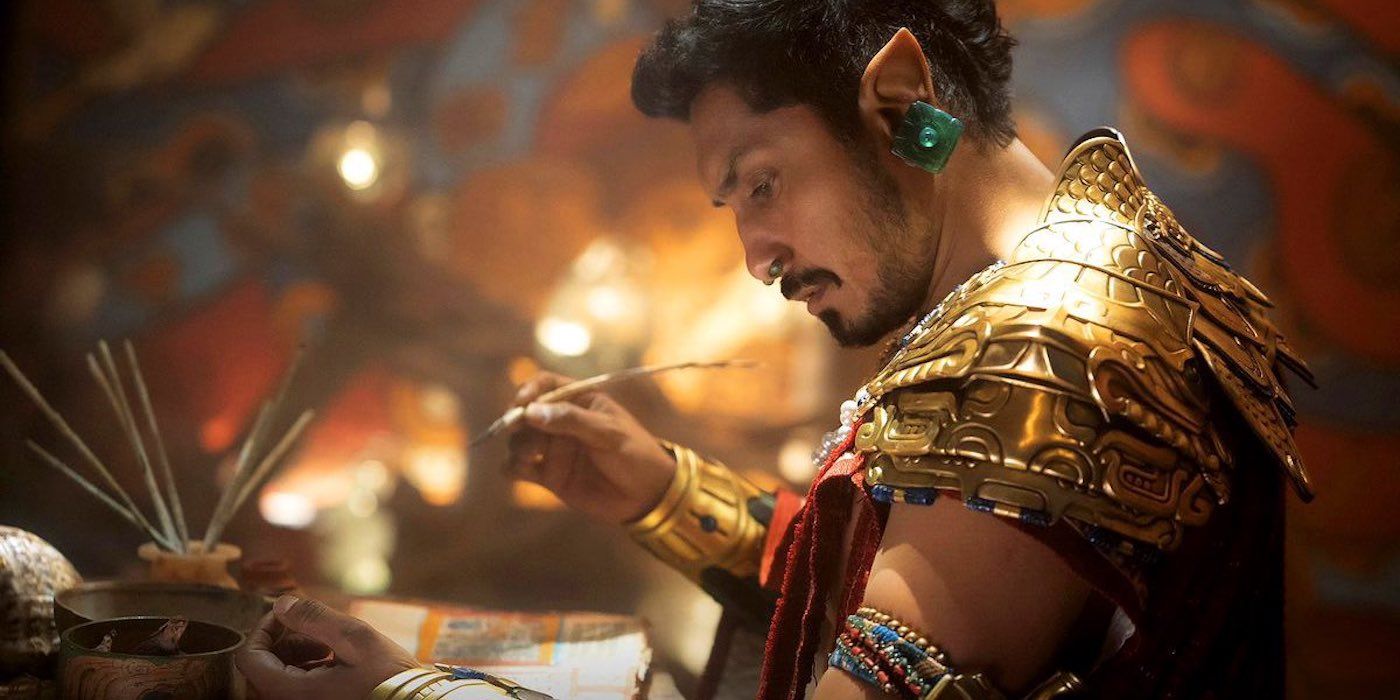 One of the most interesting aspects of Disney+ is how the streaming service has opened a path for anime. This was seen in the Star Wars: Visions project, with shorts including the likes of the Ronin combining a feudal-era Japan with a galaxy under siege from the Empire. The various episodes truly felt cosmopolitan — substance and style with a fascinating anime vibe.

This proved that outside of mainstream animation — especially the Western style that the likes of Warner Bros. are deploying with movies such as The Legion of Super-Heroes — the House of Mouse really is looking to be more diverse, seek out signature visual aesthetic and tell more inclusive stories. Coincidentally, following Namor and Talokan debuting in Black Panther: Wakanda Forever, Disney+ could capitalize on their energy with an anime as well, making up for the missteps in the past with the X-Men and Wolverine anime adaptations.

RELATED: Why Namor’s Seclusion in Wakanda Forever Makes No Sense

A Disney+ Anime About Namor Can Detail Tradition

Now, the core themes of Wakanda Forever are about heritage, legacy and culture. But it’s not just about Shuri fighting tradition and wanting to focus on science as she becomes the new Panther in the African kingdom; Namor tells a lot of nuanced stories as he sheds light into how the Talokan came to be — mutated by vibranium centuries before.

Thus, seeing as there’s so much history missing, an anime can detail exactly what transpired from the moment Namor’s family took to the sea. This would allow Disney+ to add to the Marvel Cinematic Universe, detailing the Talokan building weapons such as their artificial sun, learning to connect with whales, forging their society and pyramids underwater, while painting, procreating and keeping their stories going.

This anime would basically be an origin of their civilization and expand on Black Panther 2, but without the constraints of budget. After all, anime offers limitless possibility, making the empire even more imaginative and magnificent. More so, the pop culture pulse is much different these days in accepting anime a lot more, and with the MCU as a big creative vehicle at present, it’s an easy sell versus years back when Marvel tried its hand at anime.

RELATED: Why Disney+’s Exclusive Anime Are an Odd Fit for the Company

A Namor Anime Can Expand on the New Talokan Mission

Actor Tenoch Huerta has called for a Namor spinoff, but if that doesn’t pop off, this anime can not only tell the story of the king as he became ruler, it could connect to side-stories and missions in Marvel Studios’ future. Namor has already struck up an alliance with Wakanda, but it’s uneasy as he’s hoping to manipulate them to attack the surface. As a result, an anime can dive into the directives laid down to Namora and Attuma, especially as they seem willing to backstab the king.

More of them traversing the seas, hatching a coup, inspecting the CIA, spying on Wakanda, or exploring the Celestial Tiamut out in the Indian Ocean once more would save a ton of money compared to a live-action series. This way, seeing as they’re a war-loving people, Marvel Studios can unleash the Talokan soldiers in a dynamic, bloody manner against new enemies, all to keep their secrets silent as a sequel is set up.

This style — per what’s been seen in shows like Chainsaw Man, Seis Manos, Boruto and Naruto — would add so much fluidity to the Talokan, making them more intimidating and true standouts among contemporaries. An anime ultimately adds a bit more flair and beauty to the sea-dwellers, differentiating them from their peers at DC especially by connecting with Eastern fans (manga and anime), all while reminding audiences that Disney is a proactive, creative brand that loves taking risks with its look and feel.