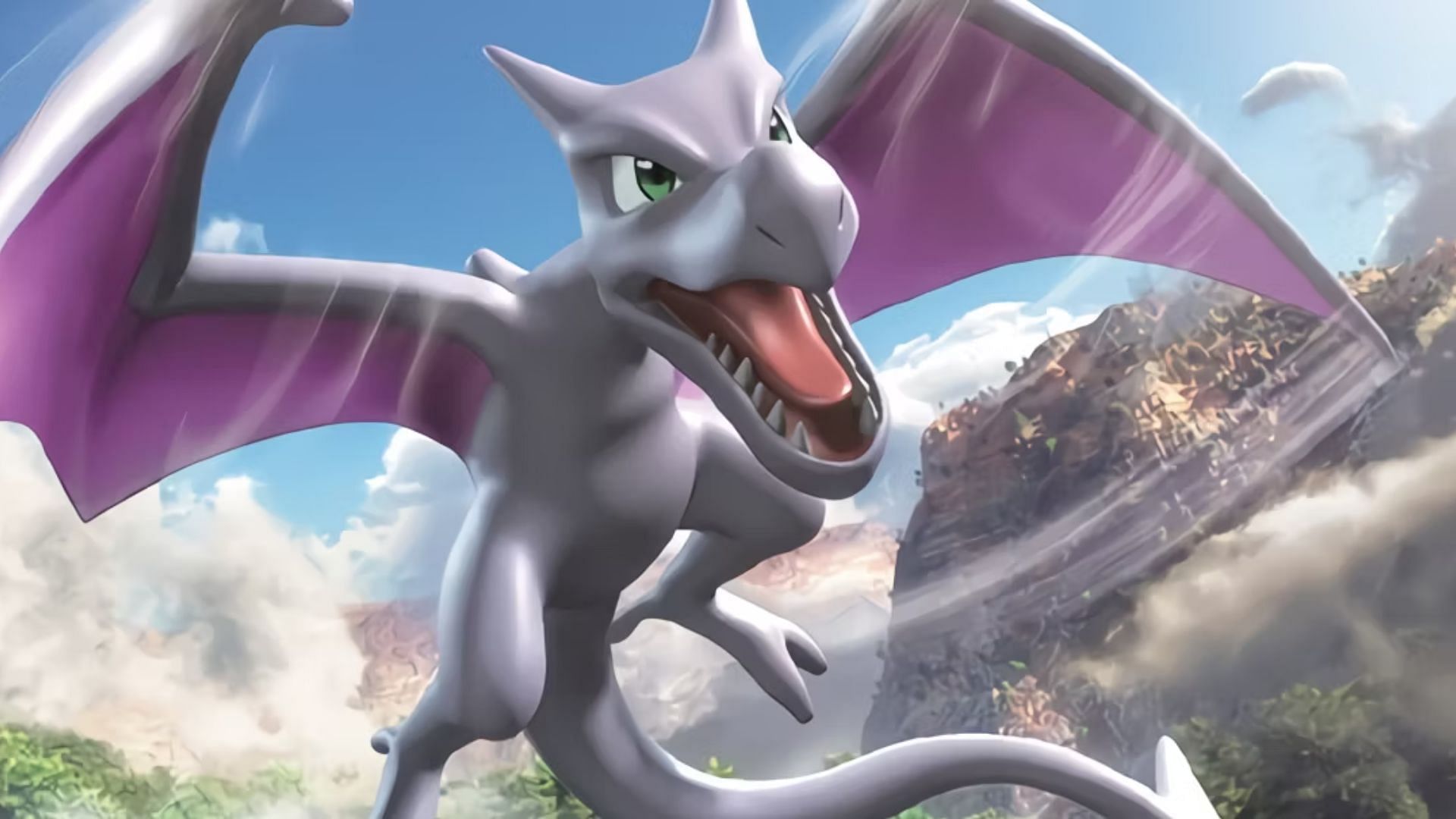 Aerodactyl is a dual Flying and Rock-type Pocket Monster in Pokemon GO and is a highly sought-after Pokemon for many trainers. This ancient Pokemon has a fairly unique typing that makes it a great option for various battle formats. Whether you’re battling in PvP or PvE, Aerodactyl can be a valuable addition to your team.

Aerodactyl’s typing gives it an advantage over various types in the game. First off, it’s immune to Ground-type moves as a dual Flying and Rock-type fighter, which is a major advantage in most matchups. Resistant to Ground, Fighting, Flying, Bug, Fire, and Normal-type moves, Aerodactyl’s typing makes it weak to only Steel, Ice, Rock, Electric, and Water-type attacks in battle. This article lists out everything you need to know about Aerodactyl’s best moves in Pokemon GO.

This article reflects the personal views of the author.

With regards to Aerodactyl’s stats in Pokemon GO, it boasts a high Attack stat of 221, making it a solid battle Pokemon in the game. Unfortunately, it has a relatively low Defense stat of just 159 and an average Stamina stat of 190, which is why it’s important to use this Pokemon strategically in battle.

Luckily, Aerodactyl has several Fast Moves, including Bite, Steel Wing, and Rock Throw. Bite is a great option as it only has a 0.5s cooldown, deals six damage, and generates four Energy in Pokemon GO. Furthermore, this particular move is super effective against Ghost and Psychic-types, and is boosted by foggy weather.

The Fast Move Steel Wing is also a solid option, especially if you want to take on Fairy, Ice, and Rock-type Pokemon. The move deals 11 damage, generates six Energy, and has a 0.8s cooldown. It should be noted that it’s further boosted by snowy weather.

Rock Throw is another viable Fast Move option for Aerodactyl in Pokemon GO with its STAB potential and is particularly useful for its effectiveness against Bug, Flying, Fire, and Ice-type Pocket Monsters. This powerful move deals 12 damage and generates seven Energy with a short 0.9s cooldown period.

Ancient Power is a Rock-type Charged Move that deals a significant 70 points of damage. Costing 33 Energy, it has a brief cooldown period of 3.5 seconds. Furthermore, this move has the potential for STAB damage and deals plenty of damage to Bug, Flying, Fire and Ice-type Pocket Monsters.

Aerodactyl’s Charged Move Rock Slide is a powerful Rock-type attack that deals a significant 80 points of damage. It requires 50 Energy to be used and has a short 2.7-second cooldown. Its capabilities are boosted by partly cloudy weather, and it deals additional damage to Bug, Flying, Fire, and Ice-type Pokemon. The Pokemon GO move also has STAB potential.

Earth Power is a Ground-type Charged Move in Pokemon GO that deals 100 points of damage. It will require 50 Energy to use and has a 3.6-second cooldown. Boosted in sunny weather, it deals extra damage to Electric, Fire, Poison, Rock and Steel-type Pokemon, making it a great choice against those typings.

Aerodactyl’s Hyper Beam is a Normal-type Charged Move that deals an incredible 150 points of damage. Obviously, it requires a significant amount of Energy (100) and comes with a 3.8-second cooldown. The move deals additional damage when used in partly cloudy weather and is a great option for trainers looking to deal some serious damage in one go.

Iron Head is a Steel-type Charged Move that deals a solid 60 points of damage. It requires 50 Energy to be used and has a decent 1.9-second cooldown. The move’s power is boosted in snowy weather and deals extra damage to Fairy, Ice, and Rock-types.

That said, Aerodactyl’s best Pokemon GO moveset combines Rock Throw and Rock Slide, resulting in a solid 12.47 DPS. Both of these moves are Rock-type, aligning with the nature of Aerodactyl and providing the STAB effect. This increases both the moves’ efficiency and inflicts boosted damage to enemy Pokemon.